According to the official press release issued by Dacia, the Romanian car manufacturer delivered 359,882 cars worldwide, by 4.8% more than in 2011. Dacia currently sales its models in 43 countries.

The evolution can be attributed to the renewal of the range, 2012 being a crucial year in the history of the Romanian brand. Thus, Dacia launched the Lodgy in the spring, the Dokker and Dokker Van in the summer and the new versions of Sandero, Logan and Sandero Stepway in the autumn. The launching of the six models made Dacia the car manufacturer with the youngest range in Europe, the oldest model being the Duster, launched in 2010. 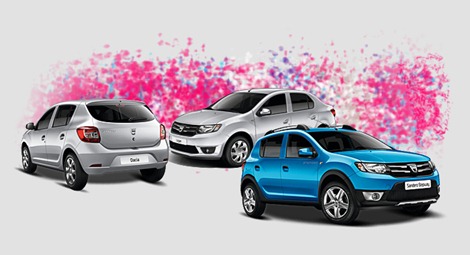 On the foreign markets, Dacia registered an 8% increase in 2012. The markets in the Mediterranean area and in North Africa recorded a slight increase, contributing to this evolution.

France has dominated the top sales of Dacia models in 2012, with 84,552 cars delivered. In second place was Germany with 48,590 cars delivered followed by Algeria with 41,710 units delivered.

In 2013 Dacia expects to improve these figures, due to the sales of its models in the United Kingdom and other new markets.