The Dacia Mechanic and Chassis factory has produced one million TLX gearboxes. The TLX gearbox is is a six speed manual gearbox that can transmit up to 240 Nm torque and that is adapted to the new 1.8 and 2.0 petrol engines and to the 1.5  diesel engines. The TLX gearbox is the first common gearbox of the Renault-Nissan alliance.

An important part of the one million gearboxes was used by the Dacia factory for the Duster units, and the over half of the production was exported to the Renault factories in Russia (Avtoframos), Turkey (Oyak), Brazil (Curitiba), Colombia (Sofas), India (Chennay) and to the Nissan factory in the United Kingdom (Sunderland). 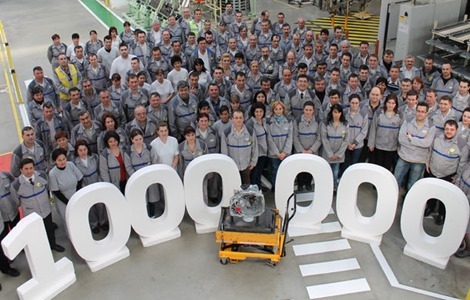