The number of new cars registered in the European Union an Iceland, Norway and Switzerland increased in the first semester with 28.6% to 117.331 cars, the Romanian car manufacturer registering the strongest advance in the Renault group.

Last year, the number of Dacia cars registered in Europe in the first half of the year was 91.000.

The French concern PSA Peugeot Citroen has the second place, with 947.893 cars registered in the first half of the year, representing a decline of 12.2%. As Volkswagen, PSA has recorded a growth in June of 4.4%, to 191.638 new cars registered.

In the next positions were ranked Ford, General Motors, Fiat, and Renault, the majority shareholder of Dacia. Renault registered 644.171 new cars in January-June period, down by 13% compared to the first semester of 2008. New registration of the Renault Group have increased in June by 3.4%, to almost 142.000 cars. 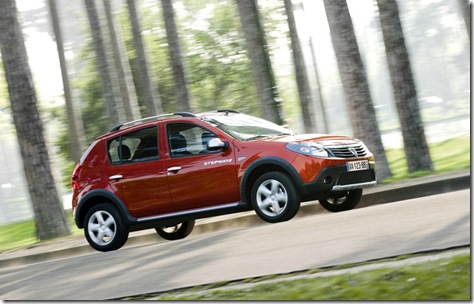