After Lodgy, Dacia will launch a new commercial vehicle, called van until the debut. The Dacia officials said that the new model will debut in Romania after the summer holidays, which means that we can expect a debut in the Paris Motor Show in September, followed by a launch on the market by the end of the year. Regarding the production of the new model, the use of Pitesti factory is unlikely until the exit of the Logan Van. Thomas Duburuel refused to comment on this transition, saying that the Logan VAN model is currently in production.

The characteristics of the new commercial model are also a mystery, the only statement that the Dacia officials give about the new vehicle being: "it will meet the demands of our fleet customers", customers that are very important to Dacia.

Most likely, the new commercial vehicle will receive the front from a new Dacia model, along with a number of common components. The most likely hypothesis suggests that the new Dacia commercial vehicle will take the front of the Lodgy and will have dimensions close to it, like the other models from the Dacia range, the Logan and the Logan MCV. The launch of Logan’s successor has not been confirmed by the officials of the Romanian brand, a sign that the Logan 2 debut could take place in 2013, at the Geneva Motor Show. 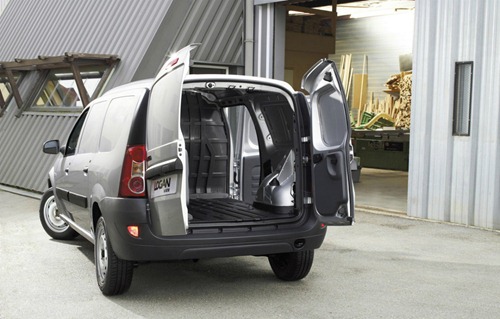