The Romanian car manufacturer, Dacia, is in the uptrend, and this is confirmed by the number of cars produced in 2010. Constantin Stroe, the Dacia vice-president is expecting by the end of this year,a production of 450.000 cars: 330.000 cars assembled and complete assembly kits equivalent to 120.000 cars. Moreover, the Romanian official believes that the production will increase to 550.000 cars in 2015.

In 2009, Dacia was able to produce 311.000 cars, and in 2008, the number of vehicles manufactured in Pitesti was 254.919. The vice president of Dacia also said the the Romanian car manufacturer will register in 2010 the best performance in terms exported cars. Since the beginning of the year to October, Dacia has managed to sell 238.273 vehicles abroad, an amount approximately equal to the number of cars exported in 2009 (242.688).

"The maximum production capacity of Dacia factory in Pitesti is 350.000 assembled cars, which will be achieved in the future. In addition Dacia is producing collections of CKD (Complete Knock Down), which are assembled in India and Russia. In 2015 we will have a production of about 200.000 cars in equivalent of CKD " said Constantin Stroe. 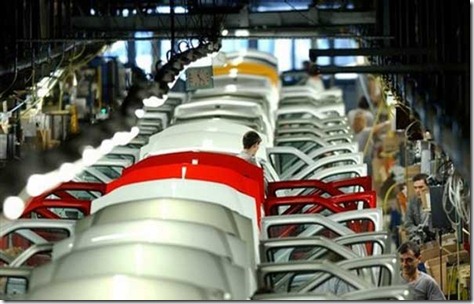