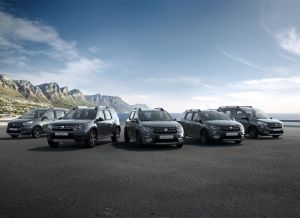 Although Dacia launched over the years many limited editions for its models, the Explorer is one of the few that can be found on all the models of the range. The limited edition was officially launched in France on 8th of April with the occasion of an annual event organized by the Dacia dealers across the country. With this occasion, you can also get a three-years maintenance for your car at just 1 euro.

The Explorer limited edition has among other features a new body color called Gris Islande and matching 16-inch alloy wheels. The Sandero has another specific body color called Ochre Orange. On board, there are other orange touches on the center console and the aerators and an exclusive upholstery with orange inserts.