Arnaud Deboeuf, the Head of the Entry Program in the Renault Group, said that the Dacia brand is no longer seen by the customers as a low cost brand but more as a smart choice.

At a time of deep economic instability in Europe, Renault has received a breath of fresh air from Dacia, whose sales have steadily increase in the recent years. From a low-cost brand, as it was presented in 2004 at the launch of the first Logan, Dacia has come to be seen as a smart choice by the European customers.

Arnaud Deboeuf says that the European customers are not looking for models that show their status. This trend has decreased in intensity and the customers are now looking for a vehicle with a decent level of safety, reliable and comfortable, preferring to spend their money on other things.
This year, Renault expects to sell a million cars built on the M0 platform, used on all Dacia models. Of these, 68% will have the Renault logo and the remaining 32% will be Dacia models. 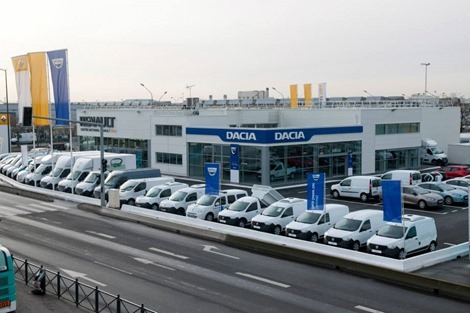 In an interview for the Automotive News, Deboeuf claims that Dacia will not produce an electric model because the innovative trend is not a part of the Romanian brand DNA. Dacia offers only technology for which there is a extremely high demand like the new navigation system and the reversing camera that are now offered on Dacia models sold in the Western Europe because there is a high demand.

The things go according to plan for Dacia if we look at the sales trends from the beginning of the year until now. The Romanian car manufacturer has managed to obtain an increase of 18% while the European market has depreciated by 7%. Moreover, the Dacia market share in Europe increased from 1.7% to 2.2%.