Dacia Logan won the title of "Car of the Year 2013 in Romania". The winner was elected by 10 out of the 16 members of the APAR jury (Automotive Press Association in Romania). In second place came the Ford B-Max, with 35 points less than Dacia Logan. Third place of the podium was obtained by Dacia Sandero, which received 115 points, 45 less than the second place. The jury awarded scores in a system comparable to that used in the "Car of the Year Award": 15 points for first place, 11 points for second place, nine points for third place, etc. 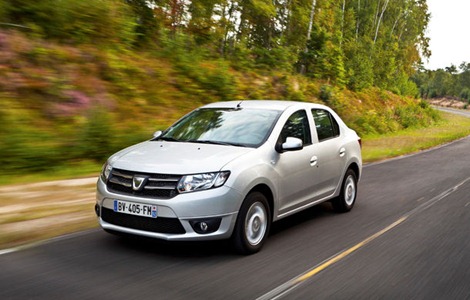 “We are honored that Dacia Logan was named Car of the Year 2013 in Romania. We believe that this award is a recognition of the real qualities of a model which marks a major step in the evolution of the Dacia brand. The first generation of Logan was a commercial success both in Romania (where it was for eight years the best-selling model) and on the European market. We believe that the new Logan will enjoy an equally enthusiastic reception from Romanian and Western customers" said Silviu Sepciu, the Head of Dacia Communication.