Renault relays on the help of Dacia when it comes to win big emerging markets like Russia and Brazil. To meet the global demand, Dacia will also need the help of the Moroccan factory in Tangier, which should ensure a good part of the Romanian car manufacturer production.

According to a French official, the Moroccan factory will be able to produce a total of 350,000 cars a year in the next period. The large number of units will be justified by the introduction of two new Dacia models in 2012.

Sources within the French manufacturer said that the Dacia range will be enriched with a small family model and a commercial vehicle. The future Dacia commercial model will be slightly higher than the current Renault Kangoo. Both models will be built on the current Logan platform, and they will be produced at the Tangier factory in Morocco.

Detourbet Gerard, the vice president of the entry-level programs at Renault, said that the two factories, in Pitesti and in Tangier, will have a production capacity between 350,000 and 360,000 units. "Given that the Mioveni factory is working at full capacity, we wondered if we should expand in Romania or we must seek other factories. So we have chosen the Tangier factory" said Detourbet.

Renault has released this week an investment program for several points of production, 3/5 of a total of 5.7 billion euros that will go towards extending more factories outside Europe until 2013. 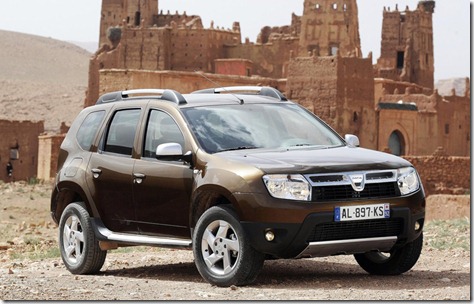