Dacia Automobile is the biggest company in Romania, having solidified its leading position in 2014 with a turnover of more than 4 billion euros. 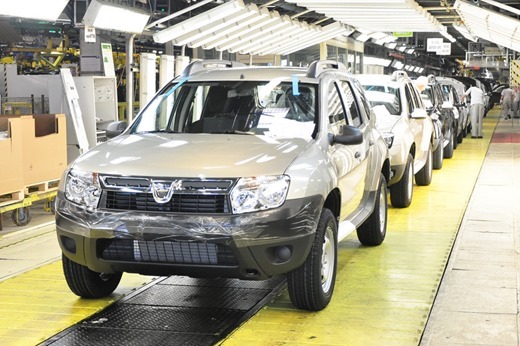 Dacia solidified its position as the largest company in Romania, after recording a turnover of 4.24 billion euros in Romania in 2014, increasing from 4.16 billion in 2013, said Nicolas Maure, the Dacia president.

“Dacia produced 339,000 cars in 2014. We work in almost total capacity at Pitesti, which is very good. The Mioveni factory is still important for the Dacia brand. The increased turnover last year comes both from the advance sales of components, as well as from selling more expensive cars, such as Duster, "said Maure.
"Dacia sent to export 92% of the production from Pitesti and 1.6 million cubic meters of components. Since 2004, we sold cars to 3.3 million customers from 44 countries. Dacia represents 2.8% of Romania’s GDP and 7.3% of exports. In 2014 Dacia sold over 29,600 cars in Romania, where we have a market share of over 31%, " added the Dacia president. 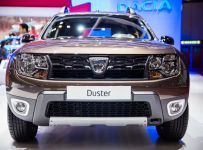