Dacia sales registered a new record in 2017. The Romanian car manufacturer managed to sell 655,235 units worldwide with more than 12% than in 2016. The most important market for Dacia is France. 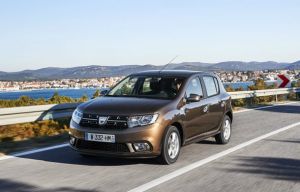 Dacia had an excellent year in 2017 when it comes to sells. The number of units sold by the Mioveni manufacturer increased to 655,235, more than 12% compared to the same period last year. 460,000 of the cars sold by Dacia in 2017 were registered in Europe, which remains the most important region for Dacia.